Due to the COVID-19 Outbreak we are now offering Virtual Services! Learn More

“Terry had excellent experience and was very helpful”

“To work with other agents can be difficult, some like to double end their listing, let alone dealing with a seller that thinks there is a gold nugget to be found on the property! My requests to Terry were handled in a professional and timely manner and there has been no complaints from this end at this time. I hope future clients get the same satisfaction as I did! I am  looking forward to moving in.  It’s all the little things he did that has made things easier for me such as arranging storage, insurance quotes etc  these really help out.  This is what really counts -that extra mile taken to help out!Thanks terry.

“Everything was excellent. ..Terry went out of his way to get inspections and any additional information we needed. Terry was willing to do whatever he could to find us the right house”

“Terry got us sold quickly during a lull period, in a complex with numerous cheaper units for sale by numerous other brokerages, units that have sat for sale for a long long time now. I think that's something to be proud of and speaks to the knowledge and salesmanship of Terry. High five guys/gals. A job well done!”

Terry took the time to gather information and listings of potential properties after we gave him our requirements. Even though he knew we would not be out to Kamloops to look for a few weeks.

Terry was extremely knowledgeable and understanding. He was also very patient with helping us find our prefect home. We felt like we could communicate freely with Terry whenever we had a question. He was always there and ready to help. I will highly recommend Terry to anyone looking for an amazing realtor!

One of the easiest brokers I've ever dealt with. Extremely hardworking and goes the extra mile for you, making buying from long distance as easy as possible. Couldn't have had a better experience!

My wife and I were completely comfortable with Terry right from the start. Terry always addressed our questions in a professional manner. Terry was very helpful in helping us find just the right property for us. Terry is always well organized and he made the search for our new home an enjoyable experience. What more can I say? Terry was excellent in every way.

Terry was very open about any information about the areas surrounding the places I looked at. I felt very confident that he was looking after my best interest.

Our local Agent in Vancouver sent us a house that was listed in Kamloops which had Terry Lynds name as the listing Agent. From there, we've subscribed to the House Hunter website and I formally contacted Terry Lynds by email and was very pleased to meet and work with Terry throughout my house hunting. I'd highly recommend Terry Lynds to anyone willing to buy real estate in Kamloops.

We would highly recommend Terry as your realtor. This was the first time in 45 years that we were in the housing market and Terry was patient with our questions and made sure he answered them to the best of his knowledge. If he wasn't sure of the answer he sought help with other professionals. I think through the long process of finding a house Terry became more like a friend than just a realtor. John and Cheryl

We had been in touch with other brokers but didn't feel like we were important because we lived out of town. When we met Terry we felt comfortable with him right away.

Great fellow all around. Helpful, and knowledgeable.

Terry worked very hard on our behalf with the developer and other aspects of the purchase with trades, engineers, governmental regulations to help put the deal together. When we had questions, he went out and found answers if he didn't already know them. We definitely will have no problem recommending him to others in the market as he has worked very hard to make sure our purchase progressed smoothly throughout!

Terry worked hard to make the whole process as smooth as he possibly could.

“Terry was very approachable, knowledgeable and answered any and all questions regarding the sale of houses and also about the area of Kamloops. I would recommend him to future customers and have told many people about how he works for the customer and makes every attempt to ensure the buyer is listened to and provides quality service.”

“My partner called the office regarding a property we had seen listed through your office although we had a realtor in mind already being a friend of Brian's. Terry answered when Brian called the office and Terry made us feel comfortable and confident that Terry was the right realtor for us and asked for a showing right away. His service, understanding, knowledge, and personality made us feel confident and trusting that Terry was the man for the job! Terry has worked extremely hard for us. He has been there no matter how busy he is. We have both dealt with other realtors in the past and can both say that Terry is far the best. Huge thank you to Terry for all his time and efforts. Your company is extremely fortunate to have such a great guy like Terry Lynds on your team! Terry taught us things we didn’t know! We wouldn’t recommend anyone else! Ensure Terry gets a well-rested vacation!! He works too hard taking care of everyone else! Thank you Terry!!!! We also feel we have gained a new friend, one that we will always be grateful for!”

“Terry is very proactive, knowledgeable, and approachable with great communication skills and a caring personal attitude. I appreciate Terry's fantastic effort and give him all the credits for the success of the deal we closed lately. Terry is gold! :)”

“Terry sold our house in Barnhartvale, and we were very happy with him and the Finch group. He wasn’t pushy, was very knowledgeable of the area and came prepared with stats to help us confidently choose an asking price. He used the best photographer and marketed our house well. Our house sold in two days for a record price for our neighbourhood. Thank you Terry and Trevor, I would highly recommend you to anyone.”

- Christine and Logan Leger – Kamloops BC

I had signed up for notifications of properties and Terry sent me an email with a video introducing himself - good video. Terry was wonderful to work with - always made time for us. Terry Lynds was very knowledgeable and was great at noticing things in a house we may not have even thought of. That was refreshing. Overall a wonderful experience. I would happily recommend Terry Lynds to anyone who needs an exceptional agent.

“Terry was great with communication and quick to deal with matters that arose. He worked hard at finding solutions. We are so thankful he was our realtor for buying and selling houses. His caring and expertise is evident. His hard work is what sealed the deal.”

- Angela and Pietur Fridriksson – Kamloops BC

“We had a great experience working with Terry Lynds, We were moving to a new area, he was helpful, informative, and worked well negotiating our contract. We are very happy with our home purchase and would highly recommend him to anyone who is looking for a realtor.”

“I first met Terry Lynds on a recommendation by a family member at a time when I knew I wanted to move but hadn’t yet decided where that would be. Terry spent a generous amount of time chatting with me about my lifestyle and goals. There was absolutely no pressure put on me to make a decision. Once I found the right place, Terry handled the purchase process quickly and efficiently. When it came to listing my house, he ensured that I understood every step and all information. He had done the market research to support his sales strategy and spent ample time with me to be sure I agreed. While my home was listed and being shown, Terry communicated with me regularly. The sale proceeded seamlessly. Terry is professional, friendly and respectful and I would highly recommend him to anyone looking for an excellent realtor.”

“Terry is personable, relatable and upfront about his plan of action- no question in choosing Terry for the sale of my home.”

“We liked him. He was enthusiastic and helpful and very knowledgeable. I would recommend Terry Lynds to my friends and family. He worked hard for us with perseverance. He’s with you through that journey to get it sold.”

“Third time using Terry and always performs. This man is going to make me rich and hopefully enable me to retire by the age of 35. Keep up the good work Terry, you legend.”

“Terry Lynds was great all around, he communicated well, Terry put his work in to find the right place, he was very honest, just all around respectable and easy to work with. I would highly recommend Terry Lynds to anyone, friend or family.”

” Thank you, Terry for all your help with the purchase, and taking the time to help me view potential properties. Really appreciate the friendly and personable approach!”

“Terry was fantastic! Best realtor I have ever dealt with. No matter how many homes we walked through he did not give up until we found our perfect home. He took time out of his weekends and holidays to show us as many homes as we wanted to see. We will definitely be recommending Terry to everyone!” 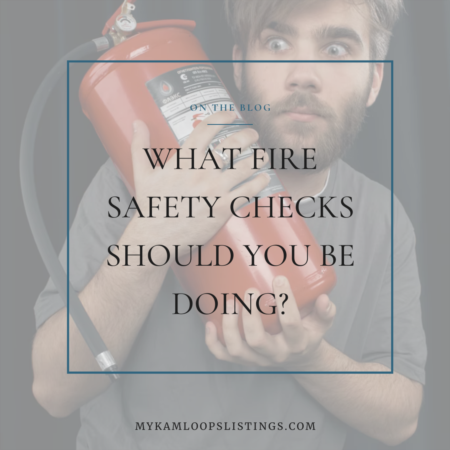 Have a Question or Want a Free Market Report?

Contact Us
Questions? We're Here to Help
Recently From Our Blog

Fire Safety Checks You Should Do at Least Once a Year 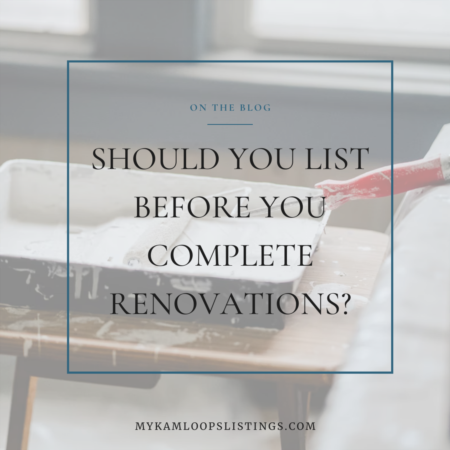 Should You List Before a Repair or Fix-Up is Done?

Have a Question or Want a Free Market Report?